by Lisa Marlin
in Majors & Careers
0

A master’s in political science will give you deep insight into the political, social, and economic landscape of specific cities and countries, or certain political ideologies. It will prepare you to handle societal issues, develop public policy, and participate in decision-making at the highest levels. With a master’s degree in political science, you’ll be able to choose between a wide variety of roles available and build a lucrative and rewarding career.

Read on to learn about the best political science graduate programs, job prospects, salaries, and more.

Many universities offer renowned master’s programs in political science. Here are some of the best programs available in the USA today.

The School of Humanities and Sciences at Stanford University is one of the best graduate schools for political science in the country, with an overall acceptance rate of only 5.2% This internationally acclaimed private research university was founded in 1885 and is located in the Silicon Valley area just south of San Francisco, California.

Only students who have completed 45 credits with Stanford University’s doctoral or professional school are currently eligible to apply for their Master of Arts in Political Science program. Under this program, you can choose between concentrations in International Relations, Political Theory and Political Methodology, Comparative Politics, and American Politics.

However, external students can apply for the Master’s in International Policy program.

Duke University was founded in 1838 as a small school in North Carolina — now it boasts two faculty members with Nobel prizes in chemistry. The school also values its diversity, proclaiming that more than half of its students are people of color and international students. The overall acceptance rate is 7.7%

Duke’s MA in Political Science program is one of the best political science master’s programs in the country. The program is closely linked to their doctorate programs, with faculty overseeing both master’s and PhD students, and students of the two levels working together in seminar courses.

You can choose two concentrations from Normative Political Theory and Philosophy, Security, Peace, and Conflict, Political Behavior and Identities, Political Methodology, Political Institutions, and Political Economy. There are also opportunities for paid internships and training through the school’s Monitoring, Evaluation, and Learning for Development (MELD) program.

Founded as King’s College in 1754, Columbia University is one of the world’s leading research universities. Located in New York City, it caters to a diverse group of students and has an overall acceptance rate of 6.7%

Columbia’s Master of Arts in Political Science program has concentrations in four fields: American Politics, Political Theory, Comparative Politics, and International Relations. The program is based on coursework, so you don’t need to write a thesis. The full-time program runs for two semesters and a part-time option is also available.

George Washington University was founded by Congress in 1821. It is located in the center of Washington, DC, and has a very generous acceptance rate of 43%.

Across all its programs, the university emphasizes practical skills and allows students to complete internships in prestigious institutions such as the White House, Bloomingdale’s, and the World Bank.

The university’s MA in Political Science program gives its students a practical understanding of the field of political science. Concentrations in American Politics, Law & Politics, and World Politics are available with the program, and students can study alongside doctoral students and participate in practice debates. To finish the program, you’ll need to complete a minimum of 15 credits out of a total of 33 credit hours in one of these concentrations.

Master of Science in Political Science

The Massachusetts Institute of Technology (MIT) was established in 1861 and is located in Cambridge, Massachusetts. This prestigious institution is known for excellence in education, research, and innovation. MIT has an overall acceptance rate of 7.3%.

The school’s Master of Science in Political Science gives students clear insight into the function of modern societies and governments, as well as public policy development.

For the one-year program, you can choose between a range of concentrations, including American Politics, Models and Methods, and International Relations, among others. This program involves a minimum of 66 units spread over six subjects and you’ll need a GPA of 3.5 for successful completion.

Should I Sign Up For a Master’s in Political Science Program?

A master’s of political science can help you launch a career in government, public policy, research, and advocacy, among other career directions. A graduate degree in this field will give you a deep understanding of how societies and governments work.

Political science graduates learn about global international relations and issues related to public policy, globalization, economics, and urban planning. With a master’s in the field from a reputable institution, a strong GPA, and practical skills, you’ll easily land a prestigious and well-paid role.

Political science is a stable field —  rest assured there will be plenty of jobs in this area well into the future. After all, societies always need governments and politicians, strategic researchers, and all other associated professions!

What Jobs Can You Get with a Master’s in Political Science?

A master’s degree in political science qualifies you for a wide range of professions in the public and private sectors, with various levels of salary. Here are some of the roles you can secure with this qualification, along with their median annual salaries:

A political scientist carries out research and analysis in political theory, working within the government or the political sector. They advise on social, political, and economic issues affecting society.

An economist researches a range of issues at the national and international levels. They are experts in all matters related to the economy, such as cost of living, employment, labor issues, healthcare policy, and energy development and management.

An urban and regional planner’s work involves interacting with government officials, contractors, and developers around environmental, social, and economic projects. They collect feedback, develop plans for projects, and oversee budgets.

A lobbyist acts as a bridge between private organizations and businesses and politicians. They research the legislation and legal stance of the government and advise their clients on framing and strategy. They talk to politicians on behalf of their clients to influence government policy.

A political campaign manager designs and manages campaigns for political organizations or individual politicians. They research different campaign strategies and give advice on budgets, messaging, public relations, and other aspects of the campaign.

A political analyst monitors and assesses the impact and effectiveness of public policies. This analysis constructively contributes to government planning and processes, allowing public institutions to make better decisions.

Journalists play a more important role than ever in keeping the public informed on the issues that affect government, business, and society in general. A graduate degree in political science will equip you for political reporting as well as across print, television, and digital journalism across a range of fields.

A legislative assistant mostly handles administrative tasks related to legislation for government agencies. They keep an eye on relevant policies and processes, manage communications, and carry out documentation.

Here are some of the most common specializations:

How Long Does It Take to Complete a Master’s Degree in Political Science?

Typically, a master’s degree in political science requires at least 30 credits and can take anywhere from one to two years to complete if you study full time. On the other hand, a part-time program can take three to four years.

There are also special integrated programs where you can earn your bachelor’s and master’s degrees at the same time. These typically take around five years to complete.

How Much Does a Master’s in Political Science Cost?

Tuition fees for master’s programs in political science vary widely depending on a range of factors. Most notably, there is a big difference between tuition in public and private universities, with the former being significantly lower.

On average, the tuition for public universities is around $7,772 if you come from the same state and about $27,968 if you’re from out of state. Tuition in private universities can vary dramatically depending on the institution. If you enroll in an online program, the tuition is usually the same, but you’ll likely have fewer expenses in general as you won’t need to pay for things like transport and accommodation.

As with any graduate program, it’s important to weigh up the pros and cons before choosing the right master’s in political science for you. Think about the quality of the school’s faculty, the concentrations offered, and the overall cost of studies before deciding on a program. The right course from a prestigious university can take your career to unimaginable heights.

Still not sure which field is right for you? Take a look at our guides on Master’s in Finance, Master’s in Criminal Justice, and Master’s in Education. 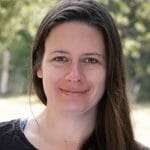 Lisa is a full-time writer specializing in career advice, further education, and personal development. She works from all over the world, and when not writing you'll find her hiking, practicing yoga, or enjoying a glass of Malbec.